skip to main | skip to sidebar

I DIG PGH is happy to co-present The Album Art of Mozelle Thompson; LP Illustrations 1953-1969 at Most Wanted Fine Art. Mozelle Thompson was a Pittsburgher and a pioneering African American visual artist who contributed to the history of album cover illustration. 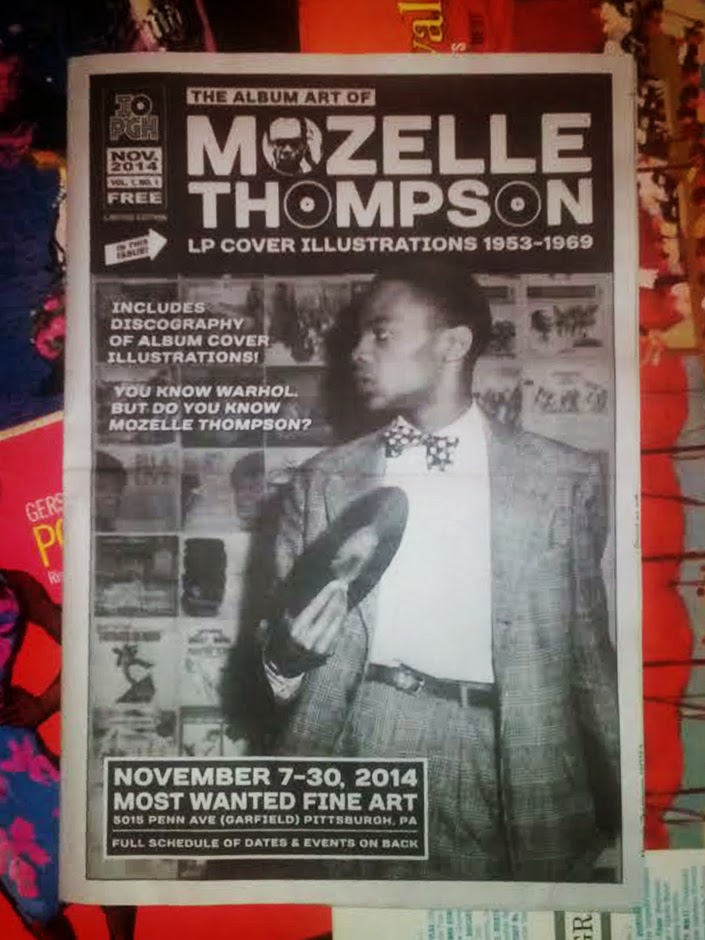 To commemorate this occasion we are producing a very special, limited I DIG PGH print edition. It contains four pages of information about Thompson's life and career. It includes twenty plus images and a two-page discography of albums and EP's illustrated by the artist. There are only six opportunities to see this exhibition (11/7, 11/8, 11/9, 11/16, 11/23 & 11/30). The publication will be available exclusively at Most Wanted Fine Art on these dates. There will be a limited number of copies available each of the days, so early arrival is recommended.

We need YOU to come out and support this effort in order to demonstrate further need for documentation and preservation of Mozelle Thompson's work. Please sign the guest book so we can keep track of attendance. Leave your contact information and you will be entered in a raffle for an original 1970 first edition of Ernest Tidyman's novel Shaft, which features a Mozelle Thompson illustration on the dustcover. That's right, before Gordon Parks, Richard Roundtree or Isaac Hayes had anything to do with the popular 1970's film franchise, the one image associated with the John Shaft character was an illustration by MOZELLE THOMPSON! 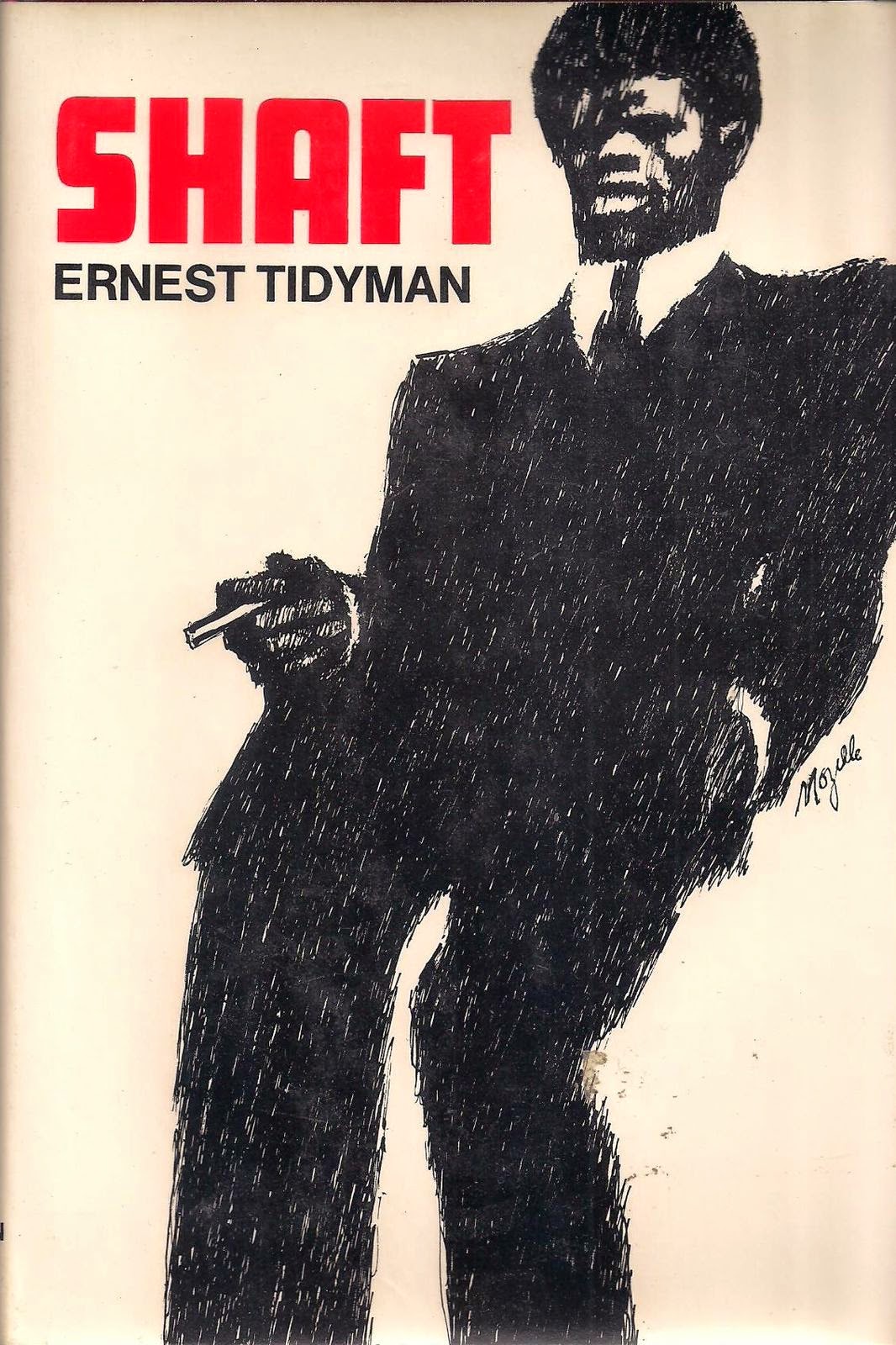 This exhibition debuts on Friday, November 7th (6-11 PM) for the First Friday Unblurred gallery crawl. The official opening reception is Saturday, November 8th (12-6 PM). Live music will be provided by Roger Barbour of the Basic Sounds of Pittsburgh. This will be a very special performance as Roger will be performing with original Basic Sounds' members Steve Jackson and Sonny Childs, in addition to Mark Strickland, Vince Taglieri and vocalist Barbara Ray. Refreshments will be provided by The Allegheny Wine Mixer. 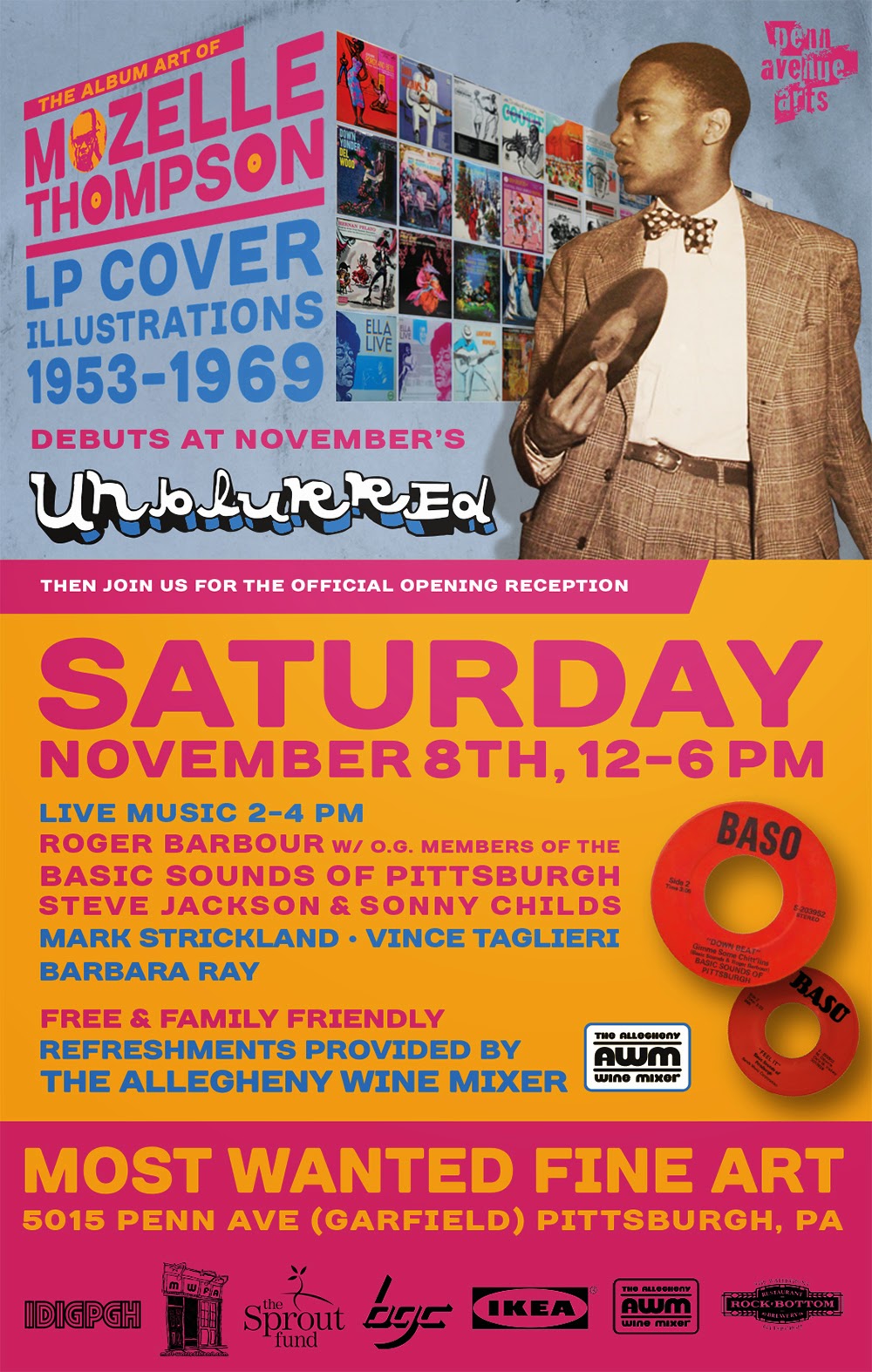 Regular weekly gallery hours are Sundays 12-6 PM from Sunday, November 9th until Sunday, November 30th. RSVP for the Facebook event here and let us know you're coming! Stay tuned for more information about special events happening in correlation with this project.

We apologize for the hiatus, but we are finally back and as usual we're about to celebrate some highly neglected Pittsburgh history. We're bringing you another I DIG PGH sponsored event in November 2014 at Most Wanted Fine Art in Garfield. It's a retrospective of album covers illustrated by Pittsburgh's own Mozelle Thompson. 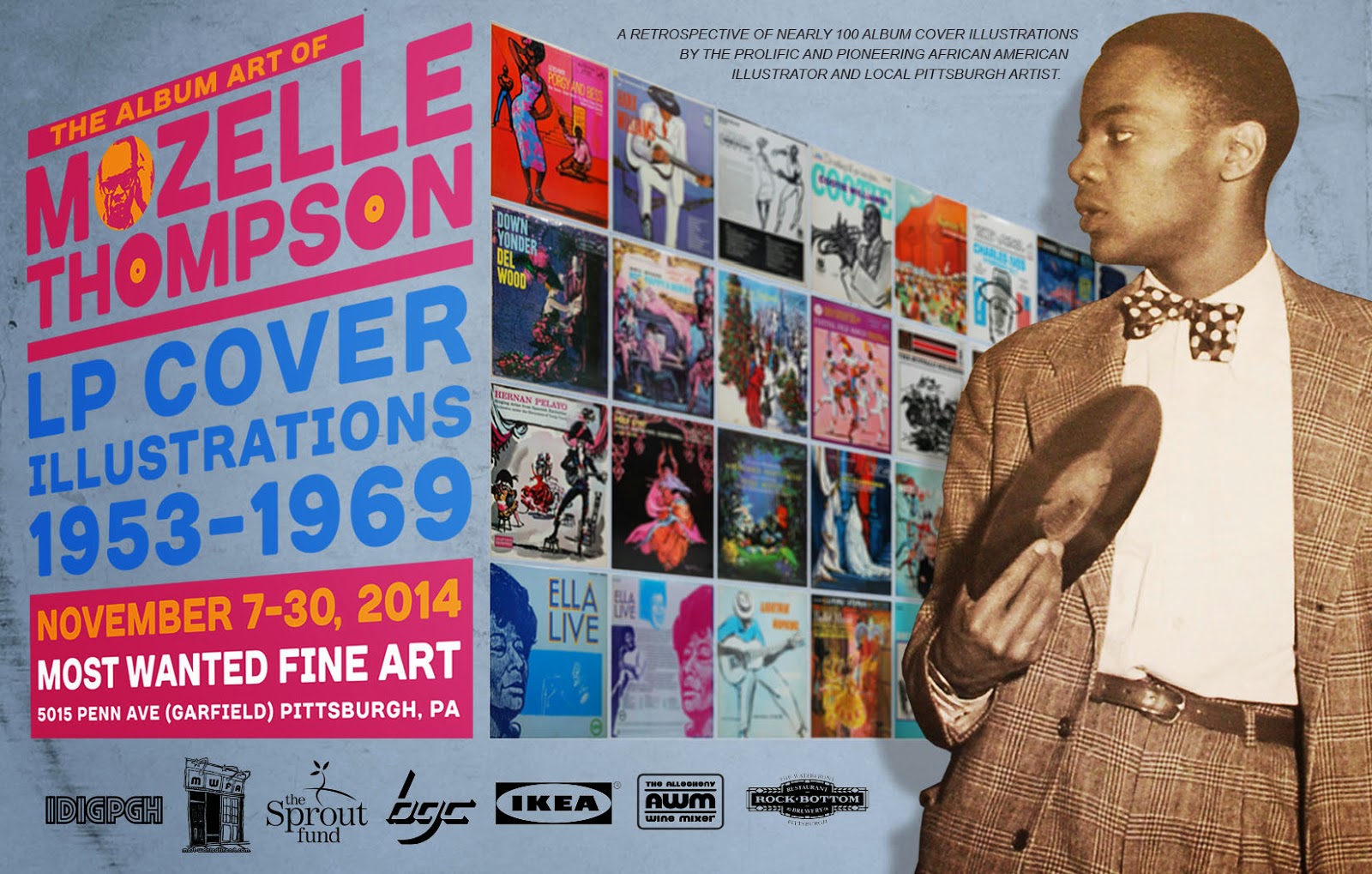 The show will be up in time for November's Unblurred First Friday Gallery Crawl - Friday, November 7th, and the OFFICIAL OPENING RECEPTION is Saturday, November 8th from 12-6 PM.

Stop by on Saturday, November 8th for live music featuring Roger Barbour of the Basic Sounds of Pittsburgh and refreshments courtesy of The Allegheny Wine Mixer.

This project supported in part by a Seed Award from The Sprout Fund.

This is an Artist Residency project of Most Wanted Fine Art with support from the Bloomfield-Garfield Corporation and additional donations from The Allegheny Wine Mixer, Rock Bottom Restaurant & Brewery and IKEA. Stay tuned for more information about this event.
Posted by I DIG PGH at 7:38 PM No comments: